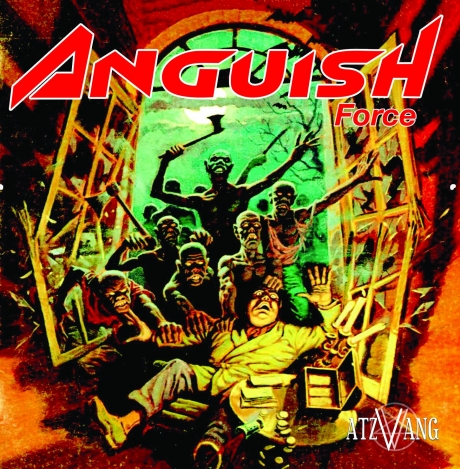 By Anguish ForceJanuary 30, 2016No Comments

From their debut album a decade ago they were able to run the hill upwards and it is indeed another peak in the field of compositions, stylistical variety and emotional power. The range of styles on this album is phenomenal, it starts somewhere in the melodic european heavy metal department with mid paced stompers and ends up at wickedly furious 80s speedmetal eruptions that recall the heaviest of the old metal heroes below the border to extreme thrashmetal. Many, many things happen in between those two corner stones, which is quite rare in the current metal scene. ANGUISH FORCE are gifted to write memorable tunes, each one with an approach on its own but always with this special sound and feeling that only this band has. You will find so many moments of extremely sympathical, honest and passionate music on here, you will be blown away by melodies that show with big gestures but small pathos how anthemic you can get while still being rooted in very solid ground with the most important things happening below the surface. All in all, this is classic European heavy metal that would have made an impact if it would have been released in 1985 instead of 2012 but still, this album will open new doors for ANGUISH FORCE for many metalheads will definitely fall in love with “Atzvang”.